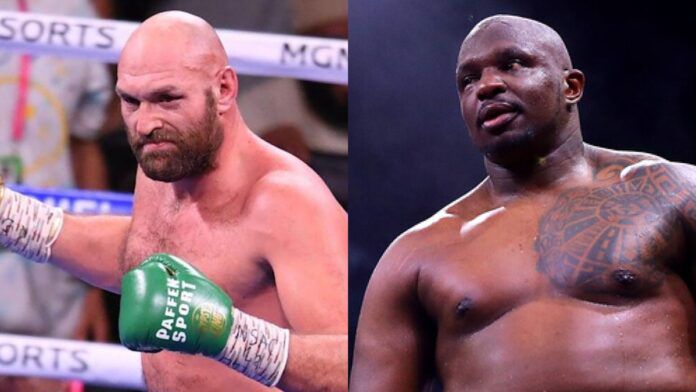 Tyson Fury’s heavyweight championship will be defended against mandatory challenger Dillian Whyte, according to the WBC.

Whyte has had to wait patiently for a chance at a world championship after a series of setbacks, many of which were not his fault.

After Fury defended his WBC championship in a trilogy fight against Deontay Wilder, Whyte will be first in line for a shot at the Gypsy King.

Despite the fact that it is December, there has been no evidence that the WBC has ordered Fury to face a fellow countryman – until today.

According to the Daily Mail, Fury has been given the go-ahead to arrange a fight with Whyte. It is expected that fight discussions would begin soon.

The deadline for Anthony Joshua to withdraw from his rematch with Oleksandr Usyk has passed, according to the report, and Team Fury has moved on.

Fury and Whyte are expected to fight in the ring in February or March, according to reports.

With Fury having not fought in the United Kingdom since August 2018, a showdown with Whyte seems to be the ideal homecoming for the WBC heavyweight champion.

Whyte will be attempting to dethrone Fury in just his second championship defense, which would be one of the greatest shocks in British boxing history.

If he fails to do so, Fury is expected to face the winner of Anthony Joshua vs. Oleksandr Usyk II later this year.

For the first time in this history, the heavyweight division would crown an uncontested champion.