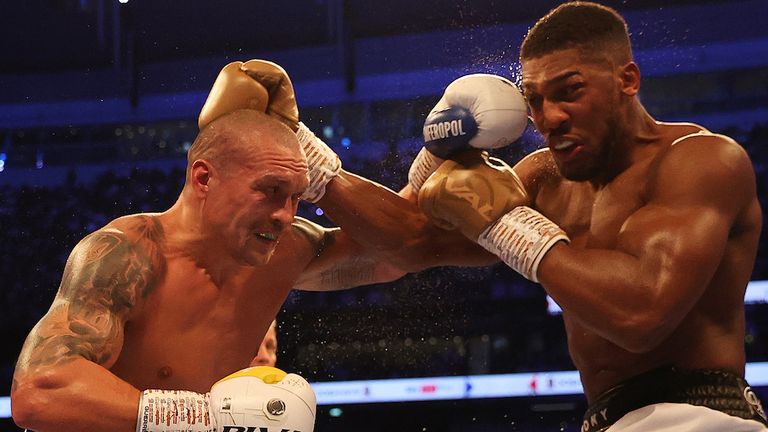 Though Eddie Hearn has revealed that Anthony Joshua is in discussions to withdraw from his rematch with Oleksandr Usyk, it is unlikely to happen.

The idea of AJ foregoing a quick rematch with Usyk in favour of enabling him and Tyson Fury to unify the heavyweight division was originally floated when Fury expressed interest in fighting the Ukrainian.

At this point in his career, the Gypsy King is not interested in fighting for the sake of fighting. He wants to cap off an amazing boxing career by beating the top boxers in the category.

Paying Anthony Joshua a one-time payment to persuade him to withdraw from the Usyk rematch would be a start in the right direction, but realistically, this conclusion is unlikely.

According to The Sun, AJ might forfeit his chance to reclaim his titles entirely if he withdraws, due to Dillian Whyte’s mandatory challenger status, which means Joshua would have to wait out TWO bouts.

Given that he was the unified heavyweight world champion until the end of September, it’s hard to believe he’d be prepared to wait so long to reclaim his reign.