The Five Greatest Australian Boxing Performances Of All Time – Sportliva 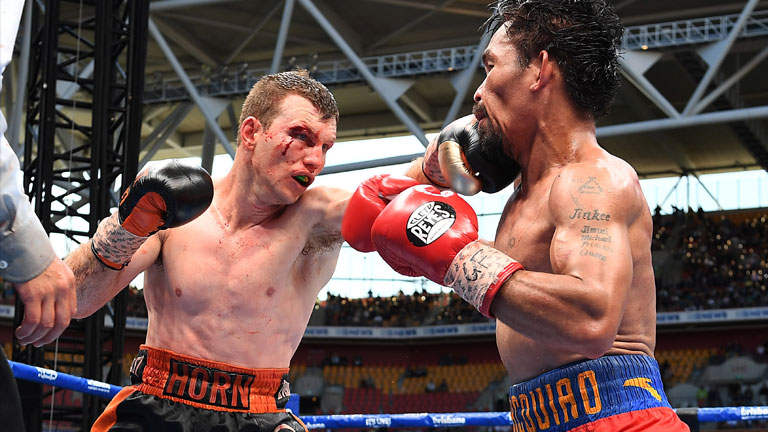 George Kambosos astonished the world by becoming the undisputed lightweight champion on Saturday, November 27, 2021, in front of a sold-out Madison Square Garden in New York City.

Few had given the 28-year-old Australian a chance against Teofimo Lopez, who had previously gone unbeaten, making the moment he got his hand raised by the referee all the sweeter.

The performance of Kambosos will go down in Australian boxing history as one of the greats. But where does it stand on the list of all-time greats?

It’s the only performance on our list that (amazingly) didn’t win. Fenech and Nelson’s draw in Las Vegas in 1991 is still regarded as one of the most universally panned judgments in boxing history. Fenech put on a clinic against the Ghanaian fighter and looked a cut above the rest of the field the whole night. The judges, however, disagreed and awarded a draw, much to the dismay of every Australian boxing fan. Mike Tyson, who faced Razo Ruddock in the main event that night, said Fenech, the three-division champion, had been robbed of a clear win. Unfortunately for Fenech, his career began to collapse following this bout, and when the two met again eight months later in Melbourne, he was soundly defeated by Nelson.

This list absolutely must include one of the most famous Indigenous athletes of all time. In 1968, Rose, then 20 years old, travelled to Tokyo, Japan, to fight local hero Harada for the first time outside of Australia and New Zealand. A pair of bantamweight world championships were up for grabs, but few expected the Australian to take them home, even though Harada was nearing the end of his brilliant career. Rose went on to win the 15-round battle by majority decision, becoming the first Indigenous boxing world champion. Rose became an instant phenomenon and hero in Australia, and masses gathered in Melbourne a few days later to celebrate his return home.

Teofimo Lopez was so confident in his ability to defeat Kambosos that he anticipated the Sydneysider would be stopped in the first round. But when Kambosos knocked him out in the first round in New York, there was a sense that things would not go according to plan for the American. Kambosos’ tenacity paid off all night, with Lopez failing to bother him until a knockout in the tenth round. But Kambosos rose to the occasion, delivering two of his best rounds as a pro to surprise Lopez, the fans, and the rest of the world, becoming boxing’s newest lightweight champion. He demonstrated in one night that he is a fighter to be reckoned with and that he has the potential to become a multi-division champion.

Whatever you think of Jeff Horn’s brave performance against one of boxing’s all-time greats at Suncorp Stadium, there’s no doubting his valour. Horn, a Queensland schoolteacher, took on the famous Manny Pacquiao… and won! What happened in Brisbane in 2017 could not have been predicted. Under the scorching heat, Horn threw everything at the Filipino icon, including a ninth-round assault in which he seemed to be on his way to the canvas. When Michael Buffer declared their guy as the new welterweight champion of the world, the 51,052 in attendance erupted in applause, something no one could have predicted.

There are at least a half-dozen Kostya Tszyu battles that might have made this list, but his Las Vegas fight against Zab Judah in 2001 stands out above the rest. When Tszyu stopped Judah in the second round, he became the first man in 30 years to unify the light welterweight titles. But it wasn’t without controversy, with the American insisting on a premature halt by referee Jay Nady, resulting in a ring scuffle. You may legitimately argue that Judah would suffer his first professional defeat. Tszyu was the best pound-for-pound boxer in the world.