Players with the most NFL MVP awards in History – Sportliva 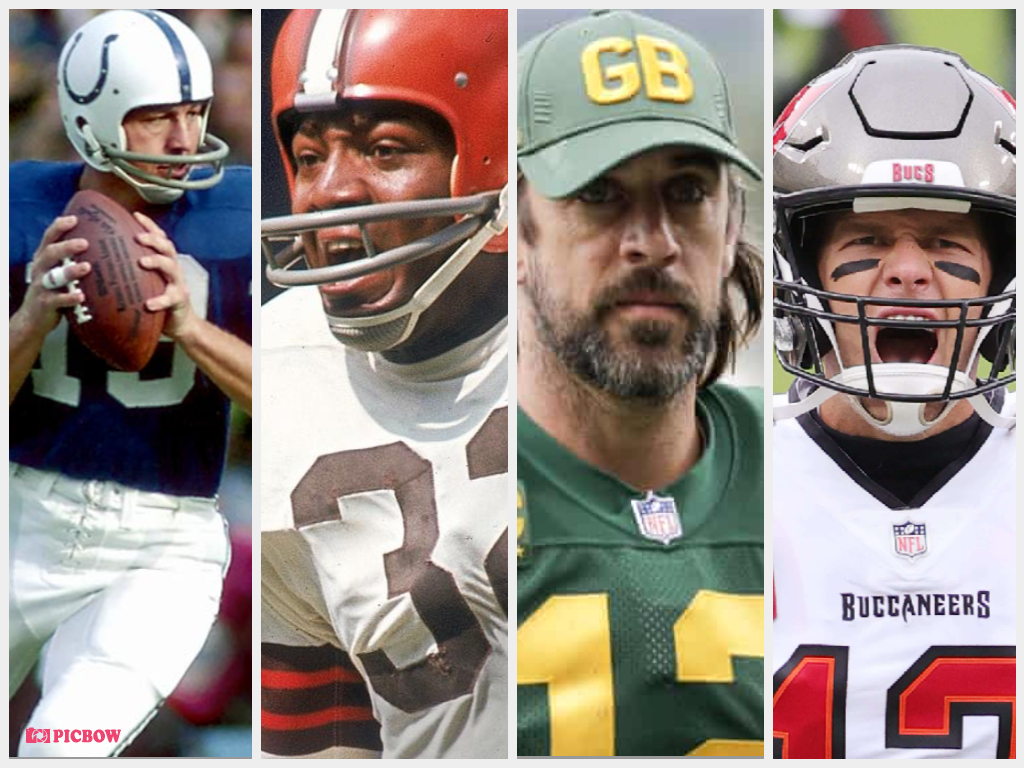 Stars like Tom Brady and Aaron Rodgers have put in strong performances with their clubs throughout the 2021 NFL season, making them prospects for the Associated Press NFL Most Valuable Player Award, but who are the players with the most NFL MVP awards?

Rodgers, the Green Bay Packers’ quarterback, is the current MVP after earning the title in 2020, however, neither he nor Brady are the most decorated recipients of the honour.

Who is the player with the most NFL MVP awards?

Both Rodgers and Brady have garnered this title on many occasions, but legend Peyton Manning holds the record for most NFL MVP trophies with five.

Five players who have won the MVP 3 times

Five players are ranked second on the list, each having won the MVP Award three times. Both Brady and Rodgers are among the winners, as are three other NFL legends: Jim Brown, Johnny Unitas, and Brett Favre.

Brown, a former Cleveland Browns running back, won the award three times: in 1957, 1958, and 1965 (when it was called the NFL Most Outstanding Player Award).

Unitas, the legendary Baltimore Colts quarterback, won the award three times, in 1959, 1964, and 1967; like Brown, his first win was still named the NFL Most Outstanding Player Award, until The Associated Press coined the term “MVP” in 1962.

Favre, who led the Green Bay Packers to Super Bowl XXXI, is the only player in NFL history to win the MVP Award three times in a row, in 1995, 1996, and 1997, the latter of which he shared with Barry Sanders.

Brady, who is currently with the Buccaneers, earned three MVP Awards while with the New England Patriots in 2007, 2010, and 2017.

Rodgers, another Packers star, has received the honour three times: in 2011, 2014, and 2020, and he is one of just three players in NFL history (together with Tom Brady and Joe Montana) to be voted both MVP and Athlete of the Year in the same year.

Joe Montana, Steve Young, and Kurt Warner are the only players who have earned the MVP Award twice.