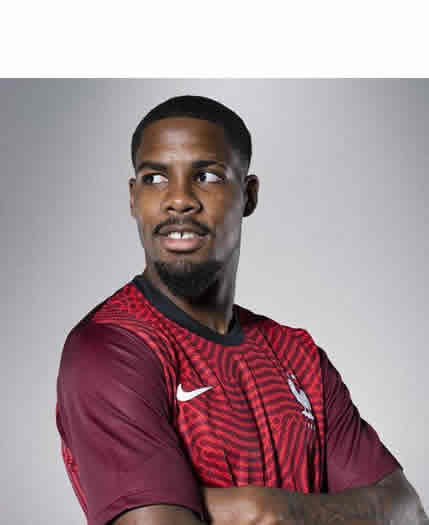 Who is the awesome goalkeeper that Chelsea is considering to replace Kepa Arizzabalaga at Stamford Bridge? Behold Mike Maignan Biography.  He is a French professional goalkeeper who stops shots for Lille OSC and the national team of France.

Maignan began his journey in football with Villiers le Bel JS and went on to develop himself with the youth systems of Paris Saint-Germain (PSG).
He was transferred to fellow Ligue 1 club Lille where he made his professional debut and kept rising in form.

Nicknamed “Monsieur Pizza” Maignan is considered as one of the best shot-stoppers in the Ligue 1. What have you heard of Mike Maignan’s life story?
Sit back as we satisfy your curiosities about him with this article titled Mike Maignan biography.

It is a collection of curiosity satisfying facts about the goalkeeper’s childhood, career trajectory, turning point and breakthrough. In addition, facts about Mike Maignan’s net worth, love life and personal life will be made available for your perusal.

When and where was he born?

The goalkeeper was born on the 3rd day of July 1995 at Cayenne, the capital city of French Guiana, France. He was named Mike Maignan by his Haitian mother and French father.

Where did Mike Maignan grow up?

He grew up at his birth city in Guiana as a Jolly kid who cared less about anything for much of his formative years.

What was Mike Maignan’s childhood Sport?

It would be interesting to note that Maignan wasn’t good friends with the round ball from the beginning. In fact, he hated football whenever the TV channel was switch to a match. When the goalie was 4 years, he got a gift of Foam Balloon from McDonald’s as a marketing object promoting the Euro 2000. According to his revelation to Lepopulaire:

“I was given the foam balloon as a gift. I loved it and shot it around the house. It left a few things broken but ignited my love for Football.”

Maignan was preparing for his 5th birthday at the time that he got the foam balloon. When the celebration day eventually came he made a wish to become a professional footballer before blowing out his cake candles.

Which Local Club did Mike Maignan Begin Training With?

He began training with JS Villiers-le-Bel as an outfield player under the management of his first coach Romain Damiano. One day, Maignan found himself in between goal posts and never came out.

The goalkeeping prodigy spent no fewer than 6 years in development with Villiers-le-Bel up until he became 12 years old. He was known to have a good technique as a goalkeeper but his academic grades were nothing to write home about.

When PSG signified interest in the budding goalkeeper and brought him to their youth systems, he was told to step up his academic game. Maignan’s childhood friend Kévin Farade recalls that the young goalie was placed on a test for a year. Fortunately, his grades improved.

Maignan rose through the club’s ranks and was promoted to first team in 2013. However, he didn’t make his professional debut with the Les Parisiens. It was when Maignan was transferred to Ligue 1 club Lille in 2015 that he made his pro debut in style during a 1–1 draw at Rennes.

He came in as a substitute for outfield player Yassine Benzia who replaced a red-carded Vincent Enyeama and saved the awarded penalty taken by Paul-Georges Ntep with his first touch!

In the 2017–18 season, Maignan became a preferred starter for Lille and was ever-present as the club finished the 2018/2019 season as runner ups to PSG. He was voted as Goalkeeper of the year in the Trophées UNFP du football and has kept improving by the season.

When it comes to describing the goalie’s life outside manning goal posts, words like humility, joviality and camaraderie easily come to mind. In a nutshell, Maignan is a very likable person both on and off bitch. He has interests in fashion and loves partying, watching movies as well as hanging out with friends.

Who is Mike Maignan’s Girlfriend?

At 25 years of age, Our boy most certainly has a woman in his life but he is yet to reveal who she is. This explains why inquiries about Mike Maignan’s girlfriend leave curious minds desiring more than assumptions.

Not to worry, when details of Mike Maignan’s girlfriend eventually hit the Internet, you can trust us to keep you updated with facts about their relationship. Especially about how they met and began dating and if they have a child.

Who are Mike Maignan’s Parents and Siblings?

The goalie was born to a French father and a Haitian mother. He never knew his dad and was raised by his mom. Maignan’s success in football is a fulfillment of the promise he made to himself to better the lives of his mother and two sisters. In 2012 he told Lepopulaire that:

“I want to get my mother and sister out of where they are and give them a good life”.

It is  2020 and we are sure Maignan’s mom and sister are in a better place than they were 8 years ago. Lest we forget, the goalie also has two brothers who have been absent from his life.

Mike Maignan’s Net Worth and Lifestyle

The goalie’s net worth in 2020 is yet unknown. However, there is no denying the fact that the wages and salary he gets as a first-choice goalkeeper affords him a comfortable lifestyle. Comfortable in this context means the ability to own flashy cars, expensive houses and still donate to charity.

Fact 1: He was nicknamed “Monsieur Pizza” or “La clim” in recognition of the temperature in his car. We guess his car is always warm because Pizza is best consumed hot.

Thanks for reading this engaging article on Mike Maignan biography. At Sportliva we appreciate your comments on your perception of our articles as we strive to revolutionize the bio-space. Remember, Mike Maignan‘s life story is not the only article in our bio section. Check our archives for more or take a peek at Sergio Reguilon Biography.