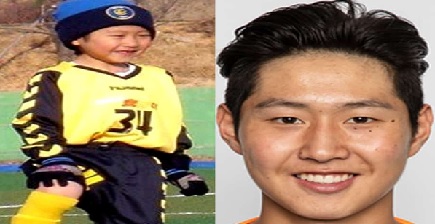 This work on Lee Kang-in Biography presents you facts about his early life, net worth, family, childhood, personal life, parents, lifestyle, and Girlfriend/wife.

Who was Lee Kang-In before he became famous? Stay tuned as we walk you through his life story, beginning with his childhood. Buckle up for it is a long read that promises to be interesting.

Lee Kang-in was born on the 19th day of February 2001. His birthplace is the city of Incheon in South Korea. The name of his father is Un-Seong Lee while not much is known about his mother.

Where Did Lee Kang-In grow up:

The footballer grew up in the city of Incheon (his birthplace). Interestingly, the city is known as South Korea’s third-most-populous city. Growing up at Incheon young Kang-In began playing football before he was 5 years old. He combined the sport with training in Taekwondo.

Lee had his first taste of televised performance at 6 years old when he appeared in a sports reality football show known as Shoot-Dori. Thanks to his performance at the show, Lee won hearts and had doors of opportunities open to him in the world of football.

To start with, he was accepted at Yoo Sang-Chul’s youth academy where he had a career buildup for sometime before joining Incheon United FC U-12 youth team in 2009. Thereafter, he moved to Flyings FC during his studies at Seokjeong Elementary School in Incheon.

Lee began seeking stiffer competition in 2011 and went to Valencia CF for a trial. While the youngster was at it he impressed the youth coaches who were quick to demand that he should be signed to the club. However, they had a minor problem. Lee was 10 years old at the time and signing him was against the backdrop of law protecting minors. Thus, they demanded that Lee’s parents come live with him, a request which they agreed to.

In the course of the ensuing years, Lee grew up in strength, tactics, and height as he rose through the club ranks. He made his first-team appearance for the Los Ches in a 2–1 Copa del victory over CD Ebro in October 2018. By virtue of the debut, Lee entered history books as the youngest Korean to make a debut in Europe.

The fast-rising player went on to rack up La Liga & Europa League appearances in the ensuing years. For international duty, he helped South Korea finish second place at the 2019 FIFA Under-20 World Cup and went home with the Golden Ball award. To sum it all up, he was named Asian Young Footballer of the Year in 2019. The rest, as they say, is history.

The player is not all about being oppressive to opposition defenders. There is more to his personality than you think you know. For starters, did you know that he strikes us as a humble, emotionally driven, and creative individual?Asides playing football which is both a sport and hobby, he does other things like swimming, surfing the Internet, listening to music, and spending quality time with his family and friends.

Who is Lee Kang-In Dating:

Our engaging writeup on the forward’s biography would be incomplete if we fail to report whether he has a girlfriend or not. Results of our research indicate that he is single and romantically involved with any woman. The way we figure it, Lee is much invested in taking his career to the next level and doesn’t fancy any distraction.

About Lee Kang-In Parents and Siblings:

The name of the player’s dad is Un-Seong Lee, he is into football and also works as a Taekwondo teacher. On the other hand, the name of Lee’s mom I suet unknown. Nonetheless, we understand that both parents were instrumental to his rise in football. At some point, they had to set aside their busy schedules and left South Korea just to live with him at Valencia. Regarding his siblings, Lee reportedly has two older sisters who not much is known about. Our bet is that they have resolved to live private lives.

Lee Kang-in has a net worth of €1 million as of 2020. It is understood that the bulk of the goalie’s wealth comes from his earning and salary as a football genius. He does also earn a lot from endorsements. With such huge earnings, nobody should be surprised to see the player show off exotic rides parked in the garage of his house.

Thanks for reading this article on Lee Kang-In Biography. At Sportliva, we appreciate your comments on your perception of our articles as we strive to revolutionize the bio-space. We believe you now know much about Lee Kang-In’s biography, especially as it relates to his early life, net worth, family, childhood, personal life, parents, lifestyle, and Girlfriend/wife. Remember, Lee Kang-In’s biography is not the only article in our bio section. Consider reading Nicolo Barella Biography.