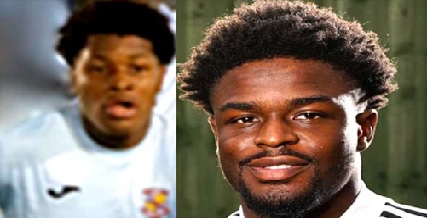 sportshttp://sportliva.com
This work on Josh Maja Biography presents you facts about his early life, net worth, family, childhood, personal life, parents, lifestyle, and Girlfriend/wife.
Who was Josh Maja before he became famous? Stay tuned as we walk you through his life story, beginning with his childhood. Buckle up for it is a long read that promises to be interesting.

where did Josh Maja grow up?

Maja grew up alongside his brothers, and sister in Pimlico, a residential area in Westminster. The player had a fun childhood as he had memorable moments with his siblings.

According to the Independent, Maja was involved in academics before his career started and it was also reported that he continued schooling even during his teenage years. The young footballer finished schooling so that he can have something to fall back on if his career doesn’t work out.
The young footballer and his brother (Jeremiah) fell in love with football in the city of Westminster. He put in a lot of hard work in developing his skills in football and later went for trials with Crystal Palace and Fulham. Maja also went for trials in northwest England (Manchester City). He was successful and joined the club.
Josh played for Manchester city academy with the hopes of getting a  scholarship from the club. It ended on a bad note as he was not given what he wanted.  The player later went to Sunderland where he got a two-year scholarship.

It was in September 2016 Maja’s career took a different turn, as he got a taste of senior football with the Black Cats. He was humble and he also learned how to develop his football skills from senior footballers. Maja eventually took the position of Jamine Defoe after he left Sunderland. The player proved he was worth it by scoring 16 goals before being priced away to France.

Maja signed for French Ligue 1 club Bordeaux for a four-and-a-half-year deal and a salary of €65,000 weekly On the 26th-January-2019. He player alongside Yacine Adli. Josh is the hottest young player in French football due to his football skills. In the 2019-2020 season, josh won the club’s top scorer award, but it was terminated due to the coronavirus pandemic.
At beginning of 2021, Maja, with the support of his family returned to England. The striker felt his career will thrive in the Premier League. On 1 February 2021, josh returned back to England, and to his former club, Fulham.
The career of the striker took a different turn as he scored two goals in his debut against Everton on the 14th-February-2021. Whichever turn his career takes in the nearest future, The rest, as they say, will be history.

Josh Maja has a distinctive personality off-pitch. the player possesses an inner state of independence that enables significant progress both in his personal and professional lives.  Above all, the player loves spending spare time with his family and friends.

Who is Josh Maja Girlfriend/Wife To be?

At the time of writing this article, no information has been gotten about who the striker dated or is dating. Our guess is that the striker is dating someone secretly and it only a matter of time before he let his fans know about her.

Who Are Josh Maja Parents and Siblings?

Josh Maja’s parents have 5 children born of their union, (4 sons and a daughter). His parents did all they could to make their children reach the peak of their football careers. The striker doesn’t see reasons to give out information about his parents but chances are he will tell his fans about them in his own time.
The striker has 3 brothers and a sister. His brother Emmanuel Maja is also a player who is a midfielder and he once had trials with Man city and plays with FC Croydon. His second brother is Jeremiah Majas who is a pacey forward and he sets his eyes for a goal like his brother josh.

Although no much information was gotten about the rest of his siblings, Our guess is that they are all supportive of him.

Josh Maja Net Worth and Lifestyle:

At the time of writing Maja’s biography, his net worth is estimated to be approximately £2 million and he earns £60,000 Fulham weekly. The striker doesn’t live a lavish life as such he avoids showcasing exotic cars and big houses.

Thanks for reading this article on Josh Maja Biography. At Sportliva, we appreciate your comments on your perception of our articles as we strive to revolutionize the bio-space. We believe you now know much about Josh Maja’s biography as it relates to his early life, net worth, family, childhood, personal life, parents, lifestyle, and Girlfriend/wife. Josh Maja’s biography is not the only article in our bio section. Consider reading Alfredo Morelos’ biography.
Post Views: 108
Share
Facebook
Twitter
Pinterest
WhatsApp
Previous articleAlfredo Morelos Biography
Next articleYoussoufa Moukoko Biography
- Advertisement -

Players with the most NFL MVP awards in History – Sportliva