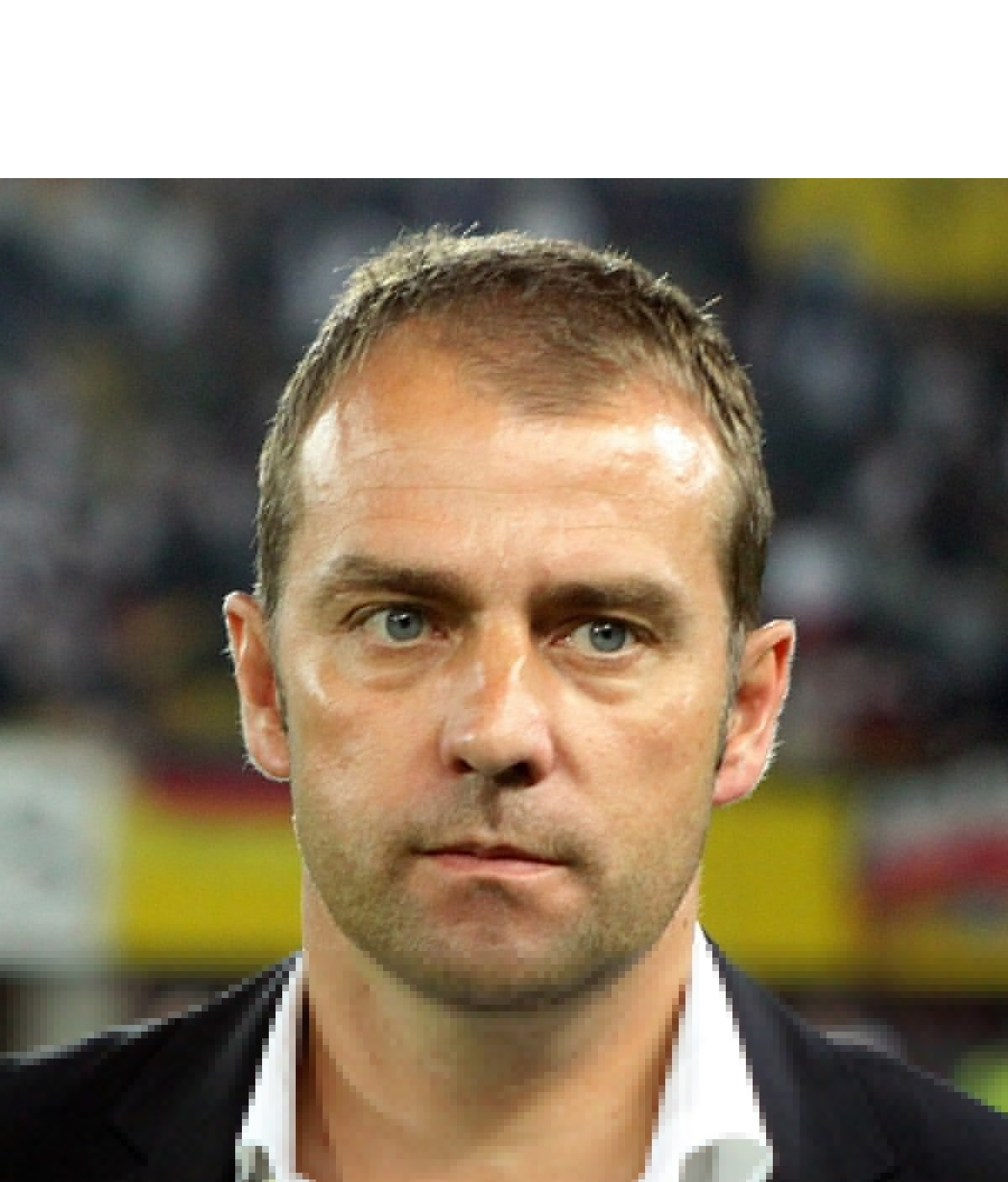 Who is the German manager that led Bayern Munich to their 8th consecutive Bundesliga title? Behold Hansi Flick Biography. It is a collection of facts detailing his childhood, parents, love life, family, lifestyle and net worth.

In addition, we will walk you through facts about his career trajectory, turning point and breakthrough to enable you know him better. While you are at it, please note that Hansi Flick Biography is not the only article in our bio section. Check our bio archives for interesting bios of your favourite Managers.

The manager was born on the 24th day of February 1965 in Heidelberg, West Germany. He was named Hans-Dieter “Hansi” Flick by his mother, Traudel and father Hans. Flick grew up in Mückenloch, a neighbourhood in the town of Neckargemünd, Germany.

Growing up as a kid, Flick started playing football when he was five. Speaking of his childhood during an interview with “Make children strong”, flick recalled that:

“In my hometown, there were only two options – either you became a member of a music club or a football club. The decision was easy for me.”

The then youngster choose football and began training with local side BSC Mückenloch in 1971. He went on to have a combined 10 years experience playing for SpVgg Neckargemünd (1976–1981) and SV Sandhausen (1981–1983).

Flick was spotted by Bayern Munich when he was just 20 years old. He spent just 5 years with the Reds, winning four Bundesliga titles and the 1986 DFB cup. Subsequent career moves saw the then 25-year-old had an injury-marred career with FC Köln.

At 28 years of age, Flick retired from playing professional football and spent a few years playing for amateur club Victoria Bammental. He soon made the decision to delve into coaching and began his managerial career with Bammental.

Upon Spending several years with Bammental, Flick was appointed as Head coach of Hoffenheim in 2000. He saw to the club’s promotion from fourth to the third division and paved the way for his successor Ralf Rangnick, who took the side to Bundesliga 2 in 2007.

Thereafter, the fast-rising coach had a managerial stint with Red Bull Salzburg before national duty came calling. When Flick was called to be the assistant head coach of Germany in 2006, he never knew it was going to be the beginning of great things to come. Working with head coach Joachim Low, the duo led Germany to the summit of global football.

Their achievements with German national team include finishing as runners-up at the UEFA Euro 2008. They clinched third place in the 2010 FIFA world cup. 4 years later, the duo led Germany to win the 2014 World cup. With the heroics, it was easy for Flick to secure the job of sporting director at the German Football Association.

It was also easy for him to work as Hoffenheim director of sport for over seven months before making a return to Bayern Munich as an assistant coach in 2019. When the then head coach Niko Kovac was laid off for having a rocky start in his second season, Flick was made interim manager. He saw the red’s rise from a distant fourth position to win the Bundesliga title for the 8th consecutive time. Interestingly, Bayern are favourites to win the 2019/2020 champions league under his management as their head coach!

Flick understands that life is not all about football. Thus, he creates quality time for family and friends outside the pitch. He does also maintain a close relationship with his players and other members of staff. People who know him attest to his calm and down-to-earth nature. Hansi Flick wife, children and parents are not alien to such attestation, which also include his dislike for gossip and arguments.

Who are Hansi Flick wife and children?

Our manager has been in a long marital relationship that spans over 30 years. In fact, Hansi Flick wife Silke met him when she was only 15 and he was 16. You do the math. They went on to become husband and wife in a wedding at Bammental in the Electoral Palatinate. Hansi Flick wife bore him two daughters. They include Kathrin and Hannah. The duo are now grown-ups with Hannah (the younger sister) being a mother of at least two children already.

About Hansi Flick Parents and Siblings

The manager comes from a respected family that has been a pillar of support to him. Hansi Flick father Hans has always kept tabs on his son’s managerial duties and feels whatever the coach feels in triumph or defeat. The same can be said of Flick mother who has his best interests at heart.

In fact, after his 2014 world cup heroics, Hansi Flick parents worked with the community of Bammental (where he resided at the time) to give him a warm reception. It is safe to conclude that Hansi Flick parents were instrumental to his success during the tournament and merriment in the aftermath. Chances are Flick is their only child owing to the fact or no existing records about his brother and sisters.

Hansi Flick Net Worth and Lifestyle

For many who desire to know How rich the manager in 2020, this is just the right section for you to explore what he does to make money. Hansi Flick net worth is estimated to be $1 million. The primary source of his wealth is the salary he gets paid for leading teams to victories.

There is also a huge winning bonus that coaches get from international tournaments. For a manager of his calibre, exotic cars and expensive houses are the least of his problems. He is financially secured and his focus only lies in making the most out of his career.

1. As a player Flick turned down the opportunity to play for VfB Stuttgart which went on to win 1983/84 Bundesliga title. The then footballer was training to become a bank clerk at the time and didn’t want a clash of interests. According to him, the bank apprenticeship was necessary as he did really need a profession to fall back on if football didn’t work out for him.

2. According to a picture article, the Manager does not like being called by his real name Hans-Dieter. In fact, he gets annoyed whenever anyone does so. As such, he is known to most people by his nickname – Hansi.

3. He had a sports shop in Bammental (near Heidelberg). Hansi was made the youngest honorary citizen of Bammental in 2015 after his 2014 world cup outing. His sports shop at Bammental ran for decades before its closure as Flick and his family had more important things to attend to.

4. Every successful manager has a story. Hansi Flick life story is one that proves we are what we repeatedly do. Excellence is not an act, but a habit. Make success a habit.

That does it for Hansi Flick biography. We hope you found it as an interesting read. If you see anything that doesn’t look right, please let us know by leaving a comment. Looking for more factual stories like Hansi Flick Biography? consider reading Alex Meret biography.