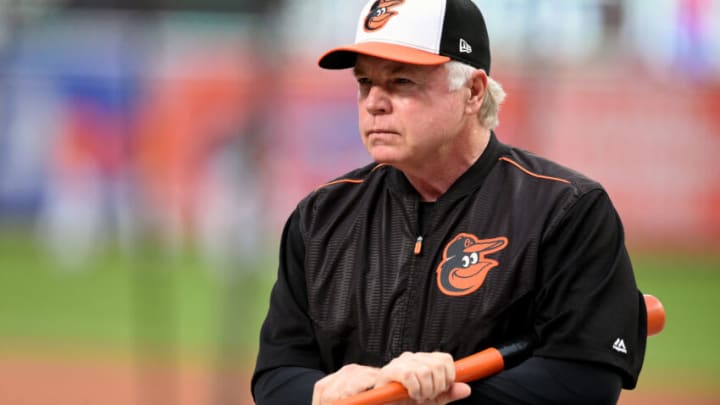 On Saturday, the New York Mets announced the hiring of Buck Showalter as their new manager. Showalter was earlier rumoured to be one of three contenders for the job, with Houston’s Joe Espada and Tampa Bay’s Matt Quatraro, who were also bench coaches. He joins Mickey Callaway, Carlos Beltrán, and Luis Rojas as the Mets’ fourth captain since the start of the 2018 season. (As a result of the Astros’ sign-stealing controversy, Beltrán was dismissed soon after being hired.)

Showalter differs from the prior appointments in one important way: he’s a seasoned veteran. He’s won more than 1,500 games in parts of 20 seasons at the helm, and he’s taken three of his four teams to the playoffs a total of five times. He’s also earned a reputation as a turnaround artist, with his teams winning 22 more games on average in their second full season than they did in their first. Some of it may be attributed to regression, but most of it is likely due to Showalter’s meticulous approach to the game; after all, he was even engaged in the stadium’s layout during his tenure as manager of the Arizona Diamondbacks.

The Mets are hopeful that Showalter can repeat his success in New York, although on a more compressed schedule. The Mets haven’t reached the playoffs since losing the National League Wild Card Game to the San Francisco Giants in 2016, but they’re on track to break the team payroll record for the second year in a row. It would be difficult to stomach another poor season like last year’s, when they lost 85 games, and it would be an abysmal failure following an offseason in which they signed star-calibre players like Max Scherzer and Starling Marte, among others.

What events will have an impact on Showalter’s performance with the Mets? We’ve outlined four critical issues in the form of questions that will help you decide.

1. How much can he get from deGrom, Scherzer?

Our Matt Snyder recently named the Mets’ Jacob deGrom and Max Scherzer as the best 1-2 pitching duo in MLB. Starting real Cy Young Award contenders two out of every five games, as Showalter would be able to do if deGrom and Scherzer are healthy, is a simple way for a manager to seem wise.

The hitch is that neither is guaranteed to be healthy — and we don’t mean in the nihilistic sense that “all pitchers get injured.” Both deGrom and Scherzer had physical issues that limited their playing time: deGrom was limited to 15 starts due to a variety of issues, including a “low-grade” sprain of his ulnar collateral ligament (the Tommy John ligament); Scherzer started 30 regular-season games before being sidelined by arm fatigue in the postseason. Despite the fact that both deGrom and Scherzer have been workhorses throughout their careers, last season demonstrated that the past does not guarantee the future.

The Mets are fully aware of this. According to Spotrac, they’ve finished in the top third of the majors in days to injury in three of the previous four years. It’s easier said than done to keep deGrom and Scherzer on the mound rather than on the mend, and Showalter can only influence the result so much. He can keep an eye on workloads and pitch counts, rearrange the rotation to give them a day off here and there, and so on. When it comes to injury prevention, even with enhanced technology and a better knowledge of how bodies operate and what causes them to break, there’s still a lot of chance involved.

Unfortunately, the Mets’ hopes of winning the division or the pennant will be dependent on deGrom and Scherzer providing as much as they can. Any blunder by Showalter, whether seen or real, will be scrutinized.

2. How does he handle Canó’s return?

One narrative to keep an eye on in the early stages of Showalter’s tenure is how he handles second baseman Robinson Canó, who was suspended last season after failing a performance-enhancing drug test.

Showalter’s handling of Canó will be fascinating, from how he speaks about him in spring training (would Canó be granted the second-base position, or will there be a battle) to how he responds if Canó has a bad start to the season. Obviously, there are factors at work that are stronger than Showalter’s view on these issues, such as Cohen’s willingness to eat the remainder of Canó’s contract, but Canó’s predicament will be fascinating to see evolve.

3. How will he manage Cohen’s tweets?

We’re basically kidding. For Pete’s sake, Showalter worked for George Steinbrenner, so he should be prepared for Cohen’s proclivity for using social media to express himself. Nonetheless, it’s likely that Showalter will be questioned about a Cohen tweet at some time, which will be a completely different experience for a manager who has seen and dealt with practically every circumstance a manager can in his two decades at the helm.

4. What else will the Mets do this winter?

It’s important to remember that the offseason isn’t done yet. After the owner-imposed lockout is lifted, and both the league and the MLB Players Association have ratified a new Collective Bargaining Agreement, there will need to be a buffer period before the season begins during which remaining loose ends can be resolved — both free-agent and slow-moving trade fronts. The Mets are expected to be aggressive in both markets, most likely to bolster their pitching staff.

New York was said to be interested in free-agent southpaw Yusei Kikuchi before the lockout began. It’s safe to assume the Mets will acquire a reliever or two before the season starts, lest Jake Reed and Sean Reid-Foley end up on the roster as lock-ins. With Canha and Escobar in tow, the Mets may attempt to transfer Jeff McNeil, Dominic Smith, or J.D. Davis.

Granted, the Mets are unlikely to make the type of headline-grabbing moves they made in the first part of the winter. However, as Showalter’s career demonstrates, there is benefit in getting the smaller aspects right. We’ll see whether the Mets are capable of doing so.