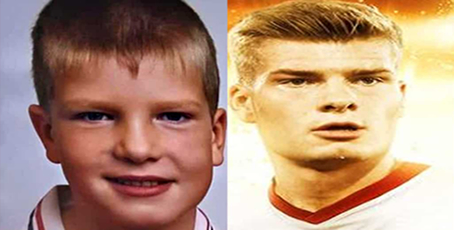 This work on Alexander Sorloth Biography presents you facts about his early life, net worth, family, childhood, personal life, parents, lifestyle and Girlfriend/wife.

Who was Alexander Sorloth before he became famous? Stay tuned as we walk you through his life story, beginning with his childhood. Buckle up for it is a long read that promises to be interesting.

Alexander Sørloth was born on the 5th day of December 1995. His birthplace is the city of Trondheim in Norway. The name of his mother is Hildegunn Roten, while his father’s name is Gorlan Sorloth.

Where Did Alexander Sorloth Grow Up?

He grew up in Strindheim. The hometown is located Trondheim. Sorloth didn’t grow up alone, he had the loving company of his two sisters, Karoline and Amalie.

Yes, it was, alongside ice skating, handball. He had the strength and adrenaline to take part in the three sports despite being very young.

Fortunately, the lad choose football over the three aforementioned sports. His parents were very happy with the decision, particularly his dad who is a former professional football player. Gorlan (Sorloth’s dad), enrolled him at local football club Rosenborg. 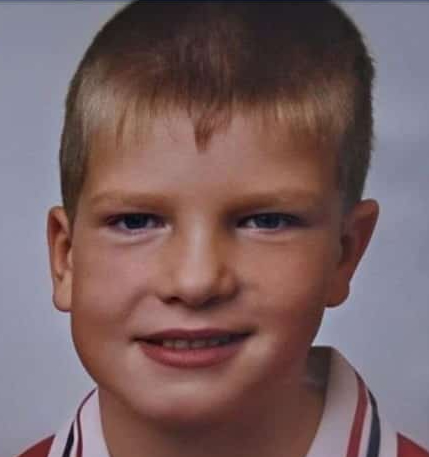 It was there he began his career and made his professional debut. The debut is not an event that Sorloth would easily forget. It was an Europa League qualifying match event, and he found the back of the net 12 minutes after coming in as a replacement.

Unfortunately, the budding striker was loaned out to Bodø Glimt because he didn’t impress well. The development didn’t sit well with Sorloth and began contemplating quitting football.  Speaking to Norwegian newspaper VG, he disclosed that:

“I didn’t maximise the opportunity of showing Rosenborg how good I was. When I moved to Bodo, I lived in a dark and sad apartment. I wasn’t even thinking of playing.”

Fortunately, Sorloth’s dad located him and gave him a heart-warming motivation. He ingested it and no longer had thoughts of quitting.

Moving forward, Sorloth stepped up his game and fared excellently well in his transfers to Groningen and Midtjylland. Although Crystal Palace signed him in 2018, he had no choice but to switch to Genk on loan for more playtime.

The striker’s breakthrough came in the next campaign when he was loaned to Turkish top-flight side Trabzonspor. He scored 24 times and lent nine assists to emerge as the top scorer of Süperlig. Upon making his International cap for Norway in the UEFA Nations League, Sorloth signed for RB Leipzig in September 2020.

We have no doubts that he will achieve more in the Bundesliga.

Three words best describe Alexander Sorloth’s life outside soccer. They are affability, adventure and fun. He is excessively humble and rarely speak highly of himself. What modest man. He has just a few hobbies that include cooking, playing handball, skating and watching movies. 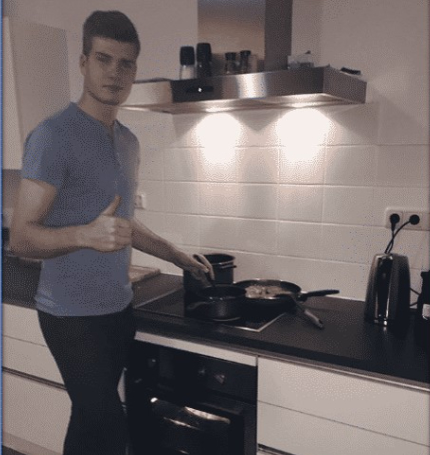 Who is Alexander Sorloth Girlfriend?

You must have heard the name Lena Slenes. That’s Alexander Sorloth’s girlfriend. They have been dating for no fewer than 4 years. The gorgeous girlfriend was with Sorloth as far back in early 2016 when he joined FC Groningen. The footballer enjoys his vacation with her and must have plans to make Lena his wife. 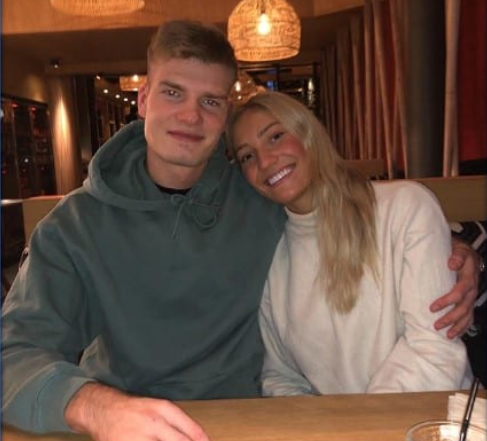 Who are Alexander Sorloth Parents and Siblings:

Sorloth:s dad is named Goran. He is a was once a professional footballer. Thus, the striker has more than a dad in Goran. He doubles as a mentor, friend and companion. About Sorloth’s mom Hildegunn, she is a handball enthusiast. Notwithstanding she also has interests in football and keeps tabs of her son’s progress in the sport.
Meanwhile his sisters Karoline and Amalie are very private persons of whom not much is known about. 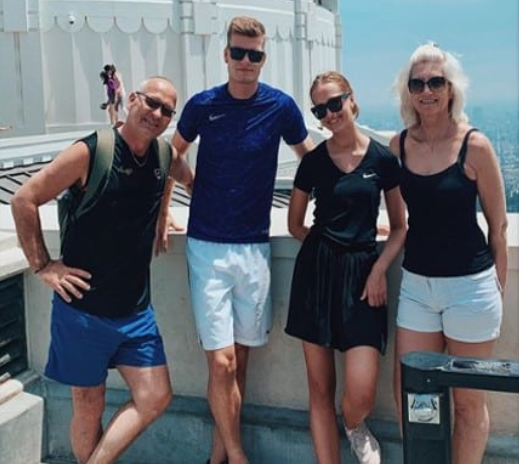 The striker’s net worth in 2020 is under review. Also, Rb Leipzig is yet to reveal how much the lad earns.
He used to earn £936,000 Per annum at his former club Crystal Palace. Thanks to that piece of hindsight information, we know that Sorloth can afford a lot of things that include driving posh cars and living in expensive houses.

Wrapping up this writeup on the striker’s childhood and biography, here are facts you may or may not know about him.

Sorloth was a passionate fan of Chelsea during his childhood. It was during the time that the English talents had amazing stars like Tore André Flo, Gianfranco Zola, and later Didier Drogba.

The striker’s nickname is “the new Haaland” because he plays a bit like Erling Braut Haaland. Erling is from the country as Sorloth and they have the same hair abs height colour.

Thanks for reading this article on Alexander Sorloth Biography. At Sportliva, we appreciate your comments on your perception of our articles as we strive to revolutionize the bio-space. We believe you now know much about Alexander Sorloth biography, early life, net worth, family, childhood, personal life, parents, lifestyle and Girlfriend/wife. Alexander Sorloth’s biography is not the only article in our bio section. Consider reading Joe Rodon biography.